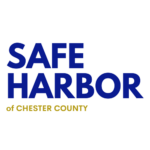 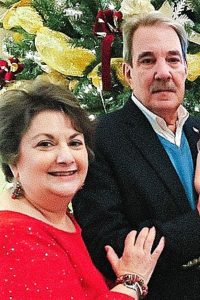 Denny and Michele Howard have been supporters of Safe Harbor since 2008. But that is not where their charitable nature began. If you ask either one of them, they will give credit to their parents for

instilling a sense of charity and service in them at a very young age. It is no surprise to hear that even though they first joined the Safe Harbor family eleven years ago, their call to service had been in place with several other organizations in our community. Denny and Michele’s charity can be seen through their works with organizations like St. Norbert’s

Church and Bethesda Project. In the past, Michele and her friend Linda volunteered at the Broadstreet Ministry’s “Overnight Café”, where Michele became known as the “Chocolate Lady” because she would always have a smile and a chocolate for each of the homeless guests staying overnight. Serving meals and delivering needed items to the other Bethesda residents is another of their missions.

One of Michele’s most touching memories is when she saw a resident in one of the Bethesda houses say to Denny how much he liked the jacket he was wearing.  Denny immediately took of his coat and gave it to the man. Through their involvement with St. Norbert’s, the Howard’s became involved with Safe Harbor. One of Denny and Michele’s hands-on church projects was collecting and distributing clothing for the homeless, and through this, they were introduced to Safe Harbor. Denny and Michele’s involvement with Safe Harbor includes a wide spectrum of charity. Both have been instrumental in recruiting Board members and volunteers to our organization. Michele served on the committee to expand and build the second floor and served on Safe Harbor’s Board of Directors.  She is known at the shelter as the “BINGO” Lady. Michele established a bi-weekly bingo game and more importantly a rule that everyone is a winner. To be clear, everyone at the shelter who plays Bingo will win because she and Nina will keep playing until everyone wins! Denny continues to sponsor and play in, Safe Harbor’s annual golf fundraiser helping to guarantee its success.

It is clear that Denny and Michele are continuing an amazing family tradition and heritage of charity and service.  Imagine what the world could be like if all of us had such charitable hearts. We at Safe Harbor are grateful for their contributions, their philanthropy, but mostly for the example they set for the rest of us to follow. On behalf of the Board of Directors, Patricia Burton-Loew, the staff, volunteers and residents, we say “thank you”, and there is no one more deserving of the 2019 Jack Loew Inspirational Leadership Award as you two! The Jack Loew Inspirational Leadership Award was introduced at Safe Harbor’s 20th Anniversary Spring Celebration in honor of the late Jack Loew. Jack was a universally respected businessman in Chester County known for his integrity and his contributions to the community. Recipients of the Safe Harbor Jack Loew Inspirational Leadership Award are people identified as established community leaders in Chester County with a history of philanthropy and a focus on improving the lives of the vulnerable. Thank you, Denny and Michele!